loved the opening sentence of this As a black teenager, I loved Morrissey. But heaven knows I’m miserable now:

Dear Morrissey, I’m writing this to say, in a gentle way, thank you but no.

also liked this pragmatic assessment: “I’ve no time for him but still a fan of the Smiths.”

Jenny Lewis; what a voice, what a show.
@ ACL Live Moody Theater Time once again for my annual best-of music review! Each year, I pick my ten favorite new albums of the year, where “new” means new to me, not necessarily released this year. Any albums I bought in the calendar year are eligible for the list, regardless of when they were released.

Here are my 2018 selections, in alphabetical order by artist (I pick the top ten, but I don’t order them further than that). A playlist of all these albums is on Spotify. Tell Me How You Really Feel, Courtney Barnett – An oddly weak opening track is followed by another solid album from this amazing singer-songwriter. Her collaboration with Kurt Vile wasn’t my bag, so I was glad her solo material returned to the clever lyrics, rocking songs, and Australian accent that made her debut one of the best of 2015. And no surprise that she sounds as good live as she does on her records. (concert pic) Historian, Lucy Dacus – The repeats continue with Lucy Dacus’ second full-length album. More down-tempo than the one that was a best-of just last year, this one took a little while to grow on me. But the lyrics and her voice are as good as ever. I already have tickets to see her again (the day after Neko Case, as it happens). Bark Your Head Off, Dog, Hop Along – Their sound and lyrics as distinctive as ever, this band is becoming a real favorite. They put on a great show, and this is every bit as good as their previous album (a 2017 best-of). I also picked up their 2012 release, Get Disowned, which I found to be more of a mixed bag (see “Best of the Rest”, below). (concert pic) Dirty Computer, Janelle Monáe – Finally, a debut artist on this year’s list. I’ve liked her music since 2007’s Metropolis, and really appreciated the concept albums she’s put together. But they also all have some low spots, and I rarely find myself listening to them in their entirety. Her latest is less concept, and more consistent throughout, in my book. We saw her at ACL Fest, and her show was fantastic. (concert pic) Art of Doubt, Metric – Following 2012’s Synthetica (a best-of that year), 2015’s Pagans in Vegas was good, but didn’t crack the top ten. Despite a late-in-the-year release, I’ve really enjoyed this latest from the Canadian indie-rockers. Here’s hoping they headline their own darn tour and stop opening for other, lesser bands (Smashing Pumpkins, pshaw). One, Moving Panoramas – And here, at last, is a brand new (to me) band making it’s top-ten debut. This is an Austin-area group that opened at a Wye Oak concert I saw late last year. The dreamy, chill synth-pop makes this album the kind where particular tracks don’t really stand out, which in their case is not a criticism. They have new music coming out early in 2019 (One was released three years ago), and I can’t wait to hear it. (concert pic) Don’t Be a Stranger, Nervous Dater – Another debut artist, this is just a fun, rollicking indie band. Perhaps their Bandcamp bio puts it best: “A Brooklyn band that is the music equivalent of finding out aliens are real but the documents are covered in T Bell fire sauce.” Or perhaps not. Maps, Soft Science – The last brand-new artist in this year’s best ten, with a really lovely sound. Somewhat shoe-gazey, but with propulsive rhythms that keep you nodding along, rather than nodding off. I’m looking forward to what else this band gives us, and I’ll be digging in to their back catalog while I wait. Twerp Verse, Speedy Ortiz – Last, but hell no not least, here’s another band making their third appearance in my annual best-ofs. First was Major Arcana on my 2014 list, then Foil Deer in 2017, and they just keep getting better. I also got to see their consistently great live show again this year. (concert pic)

And then there are all the rest of the albums. To complete my annual time capsule, I also make a playlist of favorite single tracks from all of the year’s albums that didn’t make the best-album cut, ordered not alphabetically, but in the best mixtape order I can manage. This “Best of the Rest” (minus the song from the 1992 Curve album) is also a playlist on Spotify. today’s the day! buy some music & help protect voting rights. for me that was the brand new Joy Formidable and the latest Lola Tried & Waxahatchee releases ?

great excuse to buy some new music on Friday:

“we’ll donate 100% of our share of the proceeds to the Voting Rights Project, a program led by the Lawyers’ Committee for Civil Rights Under Law to advance & protect the right to vote”

happy birthday, Shakespeare. you know it was hard to be the bard

Time again for my annual best-of music review! Each year, I pick my ten favorite new albums of the year, where “new” means new to me, not necessarily released in 2017. Any albums I bought in the calendar year are eligible for the list, regardless of when they were released.

Here are my 2017 selections, in alphabetical order by artist (I pick the top 10, but I don’t order them further than that). A playlist of all these albums is on Spotify. Guppy, Charly Bliss – I don’t recall where I first heard of this fun, energetic little pop-punk band. The vocals and the songs themselves remind me a little of early Cardigans, which is a good thing. The AV Club agrees, calling this album “ebullient, addictive, and an instant classic”. No Burden, Lucy Dacus – What a voice, and a set of just excellent songs to showcase it. Troublemaker Doppelgänger is one of my favorites of the year, right up there with the very best songs in my library. I saw her and her band indoors at Stubb’s, it was a great show. (concert pic) Swear I’m Good at This, Diet Cig – I’ve been waiting for the first full-length from this dynamic duo since I put their EP and single on last year’s list, and it didn’t disappoint. Neither did their opening set in Nov. ’16 or their SXSW show at Waterloo. Don’t miss a chance to see Diet Cig live. (concert pic) Exile in the Outer Ring, EMA – Another brand-new artist for me, and a powerful one. A look over the song titles will tell you this isn’t light party music: “I Wanna Destroy”, “Blood and Chalk”, “Aryan Nation”, the list goes on. It’s good, hard, somewhat genre-defying music. Painted Shut, Hop Along – Another new band, with a solid album of clever, well-crafted indie songs. It took a listen or two for the singer’s voice to grow on me; now it’s my favorite part of their sound. Halo, Juana Molina – I’ve been a fan of hers for years (her last album was a best-of in 2013), and this is another good addition to her catalog. Experimental, melodic, and lighthearted, it’s also good music to have on in the background while reading or coding. Run the Jewels 3, Run the Jewels – The first RTJ album I’ve really gotten into (thanks to Sound Opinions, I think), and it’s just fantastic. Their set at the ACL Music Festival was good, even though we didn’t know all the songs from numbers 1 and 2. Cool Choices, S – I discovered this year that a singer from the now-defunct Carissa’s Wierd has been making solo music under the short (and difficult to search for) name “S”. Quiet, poignant, lovely songs. She performed the entirety of this album live in her hometown of Seattle as a farewell to this project, but unfortunately our trip there missed it by like two weeks. Foil Deer, Speedy Ortiz – Speedy Ortiz’s clever, literate lyrics and inventive noise pop have been a favorite for a while (their last album was a best-of in 2014). I’d seen them on Waterloo’s SXSW stage then, but was glad to have the chance to see a full show this year. (concert pic) Out in the Storm, Waxahatchee – Their previous album, Ivy Tripp (see the track from that one below), was good, but their latest is a big step forward. A little uneven, but with a standout like “Silver”, and a memorably great show at Mohawk, this was an easy choice for this year’s best-of. (concert pic)

And then there are all the rest of the albums. To complete my annual time capsule, I also make a playlist of favorite single tracks from all of the year’s albums that didn’t make the best-album cut, ordered not alphabetically, but in the best mixtape order I can manage. This “Best of the Rest”, minus the Lola Tried song and the Grateful Dead live tracks (from bootlegs I dug up for shows that we saw live), is also a playlist on Spotify.

a holiday #musicMonday, a Christmas EP with no standards (more or less): A Los Campesinos! Christmas (2014)

for #musicMonday, LOLO’s 2016 album In Loving Remembrance of When I Gave a Shit. standout tracks: Heard It From a Friend; The Courtyard 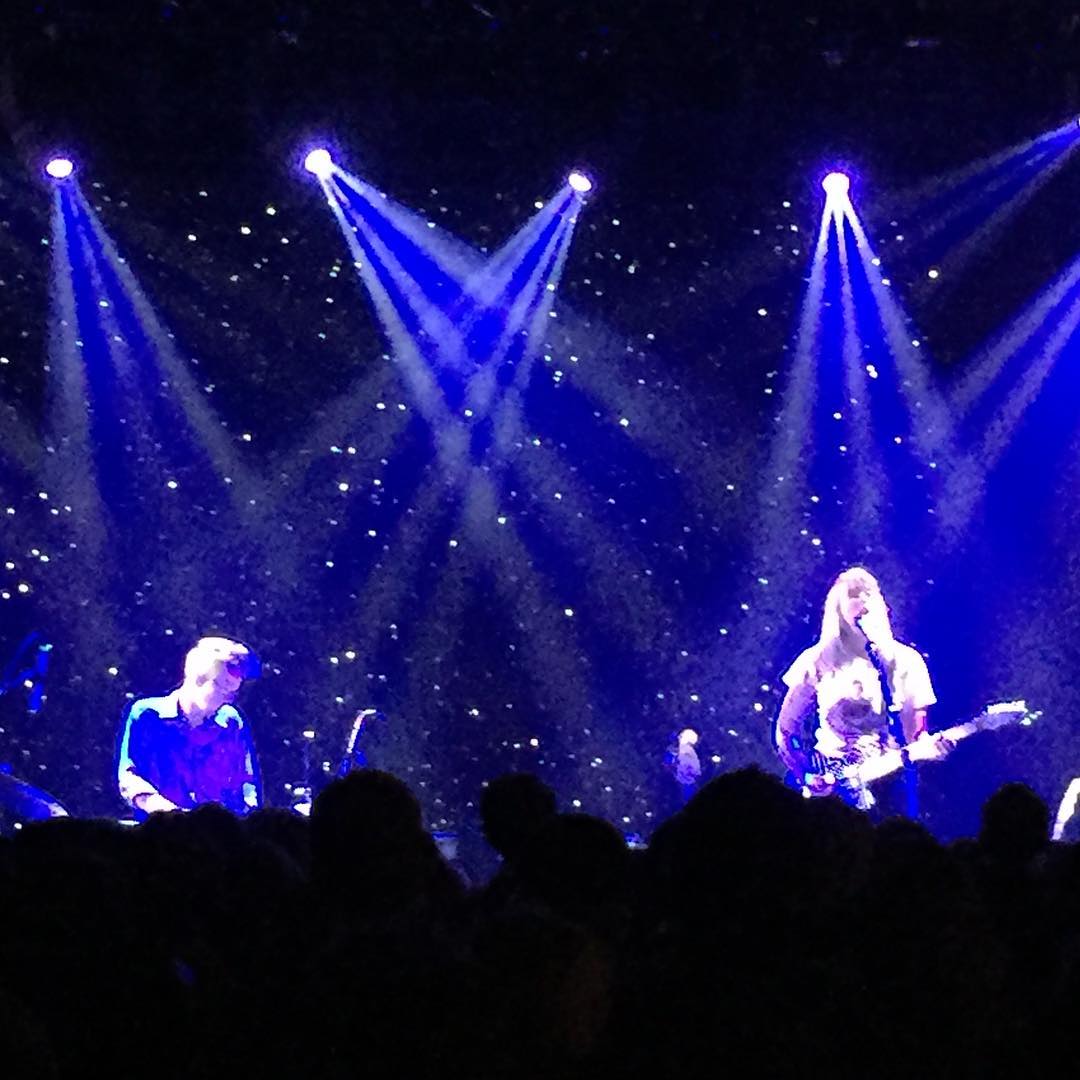 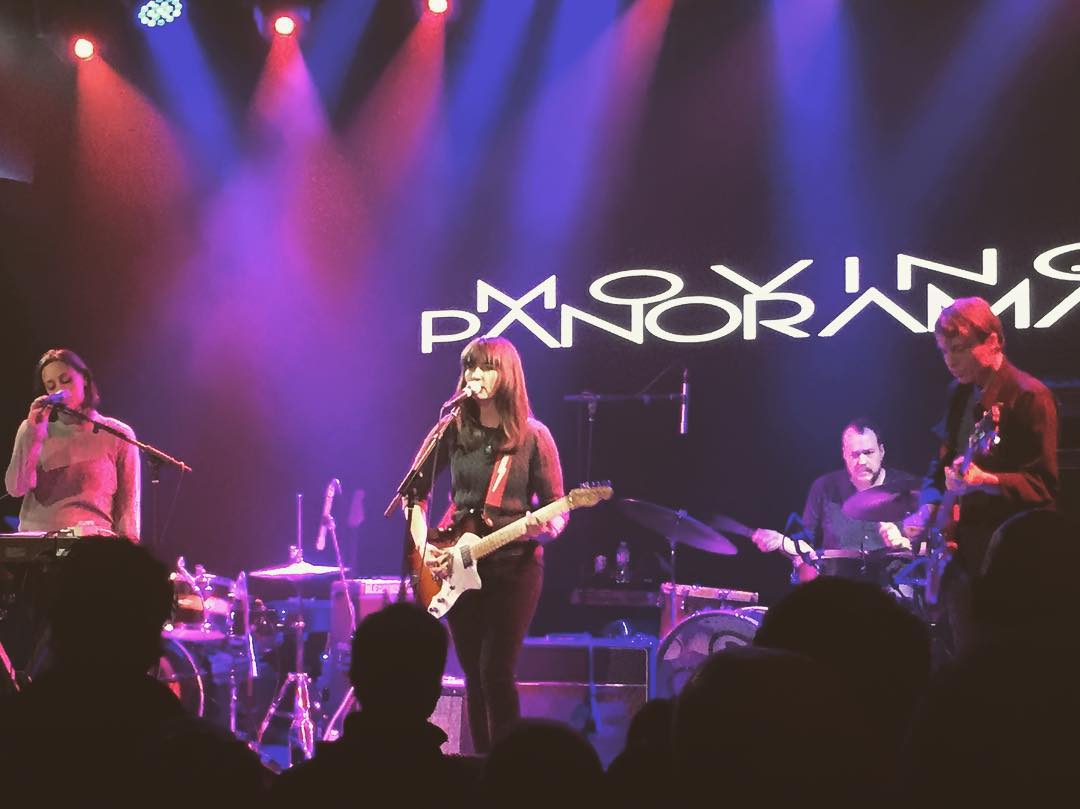 a masterpiece for #musicMonday: Sleater-Kinney’s The Hot Rock (1999). standout tracks: End of You; Burn, Don’t Freeze

for #musicMonday, Paul Simon’s 1990 The Rhythm of the Saints. standout track: The Obvious Child 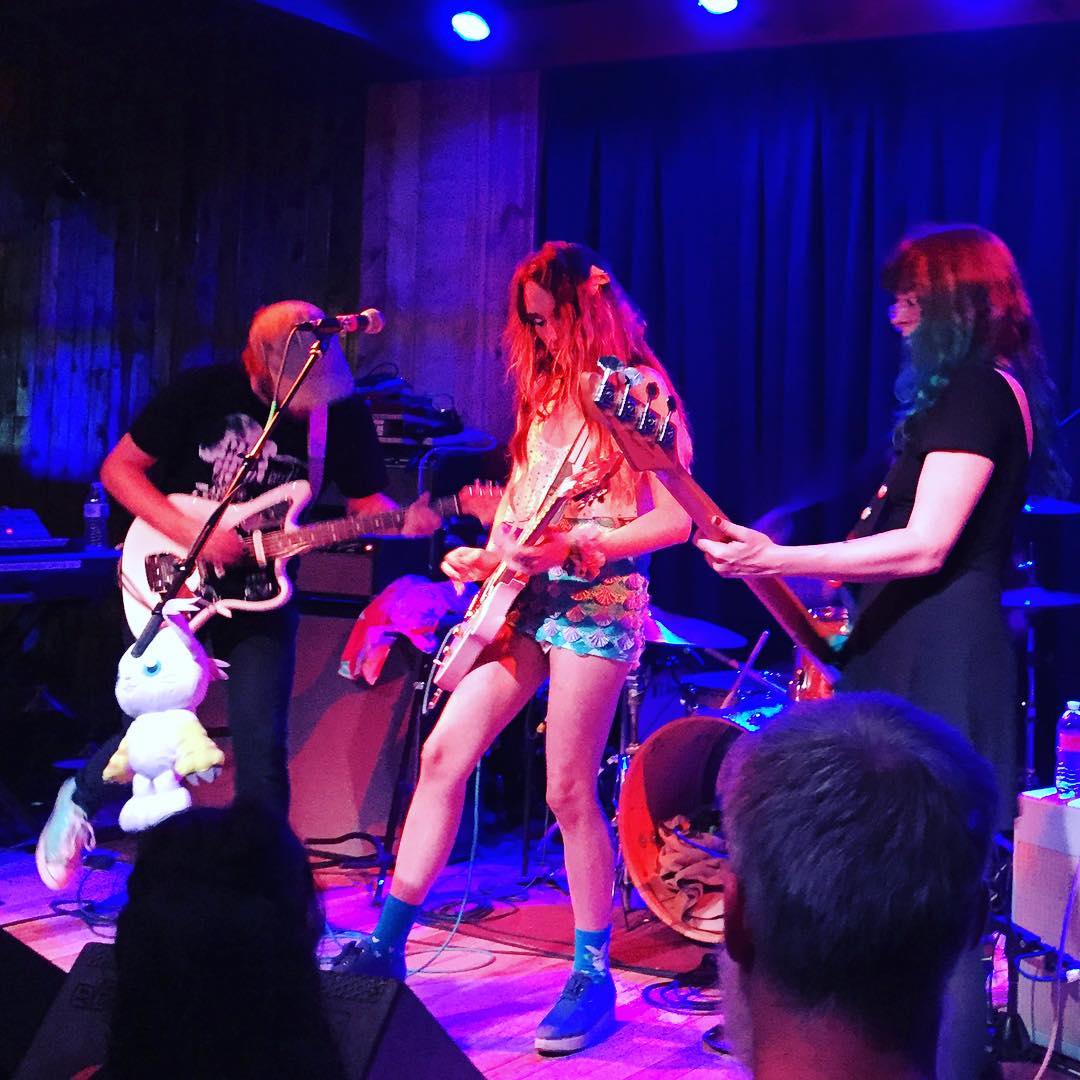 #musicMonday Version 2.0 (1998) by Garbage. standout track: The Trick is to Keep Breathing

(this week’s pick brought to you, weirdly enough, by the movie It, or more specifically the novel It (also 1986). I listened to this album on nonstop repeat while reading that, and to this day these songs remind me of it.)

#musicMonday Echo & the Bunnymen’s Songs to Learn and Sing (1985). standout tracks: Do It Clean, The Killing Moon